The Covid-19 pandemic has reduced traditional kidnapping opportunities for criminals as potential targets spent more time at home. However, the consequent reduction in personal encounters combined with higher digital exposure has driven criminals towards the virtual kidnapping alternative. Insurers are reacting to this trend.

Virtual kidnappings are extortion schemes that trick victims over the phone into paying a ransom to free a loved one they believe is being threatened with violence or death. In some cases, a person in the background can be heard crying or screaming. No one is physically kidnapped in these extortion schemes, but through deceptions and threats, they coerce victims to pay a quick ransom before the scheme falls apart.

A virtual kidnapping scam usually involves the following activities: 1. Victim receives a call 2. Criminals demand a ransom a. Threaten to harm/kill the alleged kidnap victim if a ransom payment isn’t received b. Request payment in the form of transfers, gift cards or cryptocurrency payments 3. Criminals sometimes claim to not have received the ransom and demand that they make another payment 4. Family makes contact with alleged victim after the incident and finds out they are safe

On average, families send thousands of dollars to the scammers before contacting law enforcement, according to the Federal Bureau of Investigation (FBI), which believes most virtual kidnappings for ransom remain unreported. While the FBI doesn’t keep a separate record for virtual kidnappings, the number of reported extortion scams increased to 76,741 in 2020 compared to 43,101 in the previous year, according to the FBI’s Internet Crime Report 2020 (opens a new window).

If you receive a phone call from someone who demands payment of a ransom for a kidnapped victim, the FBI recommends to:

Victims of virtual kidnapping extortions are usually elderly people who are more vulnerable to online scams, parents of missing children or individuals with relatives who live in another country or state. Criminals search through social media for potential targets and gather as much information as possible to make the scam look as authentic.

Many virtual kidnapping calls initially originate in Latin America and targeted individuals in the US. Acknowledging the effectiveness of this approach, US-based street gangs started to stage virtual kidnappings masquerading as Mexican cartels to increase the credibility of the threat. Since then, criminals have adjusted the mechanisms so that the scams can also work in their region.

Chinese students in Australia have become popular targets for virtual kidnappings, for example. In these events, a victim is usually cold-called by fraudsters who, speaking in Mandarin, say that they are from the Chinese government or police.

Victims are often told that there is an issue with their passport or visa status, or that they are being investigated in relation to a package, before saying they must speak to another official who will confirm further details.

These scams can be aggressive and elaborate, manipulating common fears and beliefs. Callers can be quite threatening, leaving victims feeling frightened and intimidated. Victims are gradually convinced that the only way to solve the problem is to stage photos of themselves being kidnapped, sometimes even harming themselves, to ensure their relatives pay a ransom.

Scams of this type have reportedly also been observed (opens a new window) in Europe and Asia. Scammers generally prey on the vulnerabilities of individuals who are living geographically apart. Criminals are continually adapting scripts, often taking advantage of people’s trust in authorities. Such scams often remain unreported because of the stigma attached to them.

An “alleged” kidnap such as a virtual kidnap is covered under Lockton’s Kidnap and Ransom (K&R) products, including the reimbursement of any ransom payment made as well as unlimited crisis consultant costs. 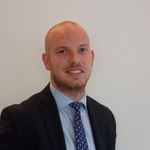