Why plastic pollution may turn into a claims driver

As plastic production has grown, so too has plastic-related pollution, leading to a tangible effort by institutions and governments globally to tackle the environmental fall out, which is expected to result in a sizeable claims issue in the coming years.

Plastics contain various chemicals, some of which are harmful to the environment, and are not biodegradable, rather they gradually break down into smaller and smaller microplastics and nanoplastics. It’s early days, but science is advancing our understanding of the harm caused by plastics along its life cycle.

It’s estimated that 9.2 billion tonnes of plastic were produced between 1950 and 2017, the equivalent of 28,000 Empire State Buildings, or almost 2 billion elephants (opens a new window). Over half of this was produced after 2004, and it’s estimated that around 438 million tonnes are produced annually today in a global plastics market valued in the region of $600 billion (opens a new window).

Of all the discarded plastic to date, 14% is thought to have been incinerated and less than 10% recycled, with the remainder going to landfills or released into the environment, including into the oceans. If this continues untrammelled, plastic waste ending up in aquatic ecosystems is expected to nearly triple (opens a new window) from around 11 million tonnes in 2016 to 29 million tonnes in 2040.

Some of these social costs will inevitably lead to compensation claims against the plastics industry and producers who use plastics, for example the food and FMCG sectors, think packaging and clothing.

The Minderoo report suggests that corporate liabilities from plastics litigation triggered in the period 2022-2030 to preliminarily exceed $20 billion in the US alone, where probable maximum liabilities (1% probability) could exceed USD100 billion.

The report identifies five pathways from which corporate liability will emerge over the medium term:

Such claims could aim at a company’s employers’ or general liability duty and their responsibility for injury to employees, consumers or the public.

Relevant precedents already exist in the field of employers’ liability, while US public nuisance law could also provide a basis for claims.

Claims can aim at a company’s general liability duty to cover exposure causing injury to consumers or the public.

Tracing injury to specific exposures and ruling out other causes could be challenging, and claimants may also need to prove that manufacturers knew their products were potentially harmful. Public nuisance law could provide a viable basis for claims and such litigation may begin to surface before 2030.

Plaintiffs will look for evidence of harm from MNP in waste and drinking water and its potential for liability claims for property damage and remediation costs for upgrades to water treatment facilities. Water utilities will likely seek to recover such costs from the plastics industry.

Claims will focus on environmental liability against escape of harmful substances from plastics manufacture, use or degradation.

Regulators have extensive powers to claim for environmental clean-up costs, relevant for damage caused by chemicals, macroplastic and/or MNP.

The focus will lie on general liability (advertising injury section), or directors’ & officers’ liability against greenwashing as a breach of consumer protection law or loss of shareholder value.

There is a growing body of precedent for breach of consumer protection laws and/or loss of shareholder value from greenwashing claims, in the form of consumer class action complaints and investor lawsuits. Regulators have extensive rights to require the withdrawal of misleading consumer statements, and significant fines and sanctions may be imposed for breaches.

Litigation risk and liability exposure will only increase over the coming years, as accords such as the UN’s global plastic treaty (opens a new window), compulsory environmental reporting for large corporations, and meaningful commitments to regulation pave the way for greener, more circular economies.

It’s estimated humans ingest between 39,000 and 52,000 microplastic particles each year (opens a new window), a figure that increases for those who regularly consume bottled water and higher for people working in industries such as textiles. Legal doctrines and standards will shadow scientific progress to determine the harm caused by plastics along its life cycle, leading to a notable increase in claims and suits.

More lawsuits are likely to link MNP pollution to bodily harm. Indeed, product liability claims (often through class action) are an attractive route for consumers who can prove long-term consumption or use of a particular product caused harm. As noted in the Minderoo report, mass consumer litigation has recently succeeded on a significant scale in relation to the weedkiller glyphosate, produced by Monsanto. Bayer has lost over 40% of its market value (opens a new window) since its 2018 takeover of Monsanto, which was followed by a string of lawsuits over allegations that Monsanto's Roundup weedkiller causes cancer.

Litigation for historic plastic pollution is already underway against plastic manufacturers and major corporations using plastic products, including Crystal Geyser, Coca-Cola and Procter & Gamble in the US.

But who, in the case of consumable products, is responsible for the pollution — producers or consumers? Producers might argue they create the product not the pollution, but perception or association may now be enough to start litigation, with corporations perceived to have the power to influence the pollution. Perhaps aware of this developing environment for plastic pollution claims, Coca-Cola in February 2022 said it intends to sell at least 25% of its brands in refillable and returnable glass or plastic bottles by 2030 (opens a new window).

The chances of success of claims will also grow, as activists bring legal claims to get companies to comply with legislation or to influence policy making. One such example was Taiwan-based Formosa Plastics Group paying out $50 million (opens a new window) in a settlement of a private citizen’s Clean Water Act lawsuit in the US. The company was found to be polluting waterways in Texas with nurdles, tiny building blocks for plastic products. The money will be paid into a trust for local conservation projects, scientific research, and a sustainable fishing cooperative. The company also committed to stopping the spills and cleaning up its mess.

Property damage claims can be brought by private or public entities whose property has been contaminated by exposure to harmful chemicals, such as MNP and/or plastic additives. An example of such activity can be seen in the multiple liability claims against PFAS(per- and polyfluoroalkyl substances), otherwise known as forever chemicals.There have already been over $1 billion in settlements paid (opens a new window) relating to PFAS’ allegedly damaging environmental and health effects, with precedents plausible in plastic pollution liability. 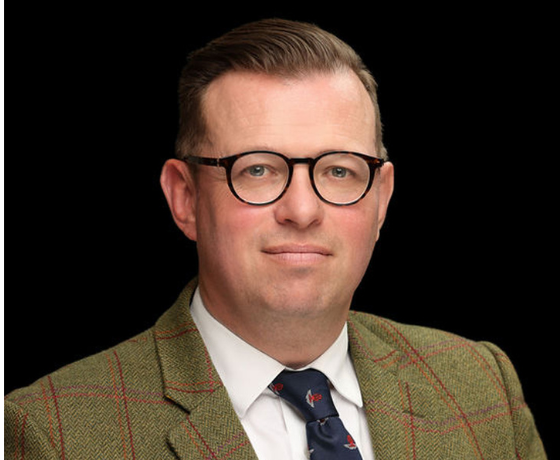