The Department of Labor (DOL) recently announced the inflation adjusted civil monetary penalties for a wide range of benefit-related violations. Federal regulations require the DOL to adjust penalties for inflation by Jan. 15 annually. The 2023 adjusted penalty amounts are effective for any civil penalties assessed after Jan. 15, 2023 by the Employee Benefits Security Administration (EBSA), which is an enforcement department of the DOL. While the DOL has discretion to impose lower penalty amounts or waive the penalties entirely due to good faith correction efforts, it is imperative for plan sponsors to understand the potential ramifications of non-compliance.

Some of the increased penalties of note include the following:

Lockton comment: The EBSA offers an amnesty program called the Delinquent Filer Voluntary Compliance Program (opens a new window) for late filers that voluntarily submit tardy Forms 5500. Penalty amounts under the program are significantly reduced to as little as $10 per day, but the filing under the amnesty program must be initiated by the late filer, not by federal enforcement.

Lockton comment: There is no formal amnesty program for late M-1 filers, but the EBSA has historically been slow to penalize voluntary late filers.

Lockton comment: This penalty is rarely enforced to its maximum extent. Nevertheless, it’s a reminder to make sure your SBCs are complete and made available as required.

Lockton comment: We’ve seen little penalty enforcement in this context. Typically, an EBSA auditor will simply work with the plan sponsor to implement sound administrative processes to provide the required notices, unless there is a well-worn pattern of ongoing noncompliance.

EBSA is responsible for enforcing ERISA compliance and the integrity of private employee benefit plan fiduciary governance in the US. Federal investigators closed 907 cases with 595 of those cases (66 percent) resulting in monetary penalties or other corrective actions during the federal fiscal year, which ended Sept. 30, 2022. In fiscal year 2022, EBSA recovered over $1.4 billion. Recoveries from enforcement actions represents $931 million with a significant portion ($542 million) on behalf of terminated vested participants. EBSA recovered $8 million through its Voluntary Fiduciary Correction Program (VFCP) and the Delinquent Filer Voluntary Program (DFVCP). Another $422.1 million was restored to plan participants through informal complaint resolution.

Non-monetary corrections, such as changes to plan document language for administrative clarity and the provision of new disclosures to participants and beneficiaries were also part of EBSA’s enforcement efforts in 2022. EBSA indicated an increase in criminal cases involving health benefit plans, citing 164 new investigations of potential criminal conduct and/or intentional breach of ERISA fiduciary duty to health plans during its 2022 fiscal year.

In 2021, EBSA launched an invigorated project to interpret, implement and enforce the requirements of the Mental Health Parity and Addiction Equity Act (MHPAEA) as highlighted in the Consolidated Appropriations Act, 2021. Initially EBSA issued 156 letters to insurers and plan sponsors requesting plans provide a comparative analysis of non-quantitative treatment limitations (NQTLs) applied to mental health/substance use disorder benefits and to medical/surgical benefits. Zero of the initial analyses supplied by carriers or plan sponsors were deemed adequate. EBSA further announced its commitment to proactive and rigorous enforcement of MHPAEA in 2022 and beyond, including extensive training for existing staff and recruiting efforts for additional staff. We are awaiting updated reports from the DOL from 2022 as well as (hopefully) additional guidance to better assist plan sponsors in complying.

The industry continues to grapple with the challenge of providing comprehensive comparative analyses in response to EBSA’s requests, and our read on the situation is that the DOL is continually refining and retuning its investigative processes as the project develops. 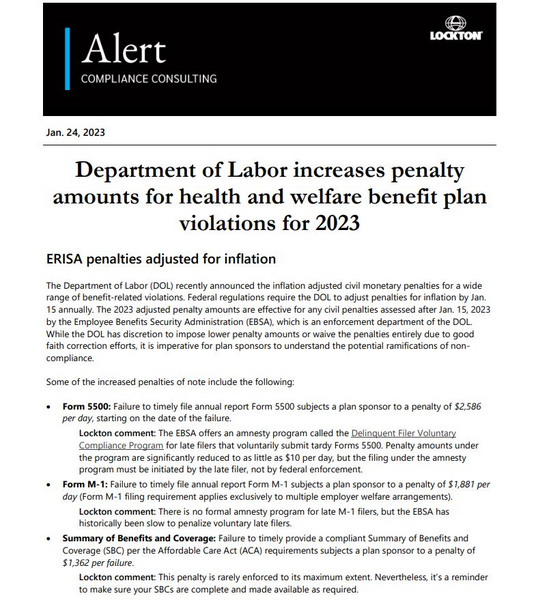 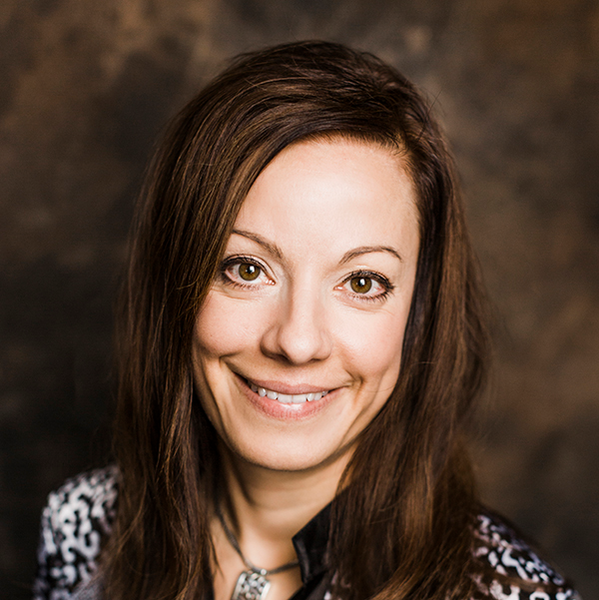